Chicago is the main city of Illinois state, located in the American Midwest, along the banks of Lake Michigan, the climate is continental, with freezing winters and hot summers. Although the city is located at a middle latitude, in winter it is cold because the North American land mass cools down a lot, and polar air outbreaks are frequent. Given the distance from the sea and the exposure to different types of air masses, temperature changes are frequent. 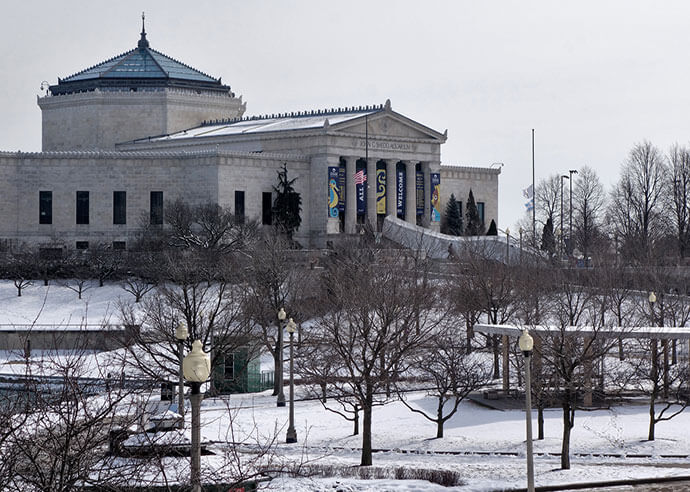 Although the temperature remains below freezing (0°C or 32°F) even during the day for weeks, sometimes it can exceed freezing also in winter, resulting in melting snow and possible rainfall. Every so often, also the phenomenon called "ice storm" (or freezing rain) can occur, that is, a rain falling on frozen ground, and freezing everything, roads, trees, light poles, cars etc.

Spring (from mid-March to May) 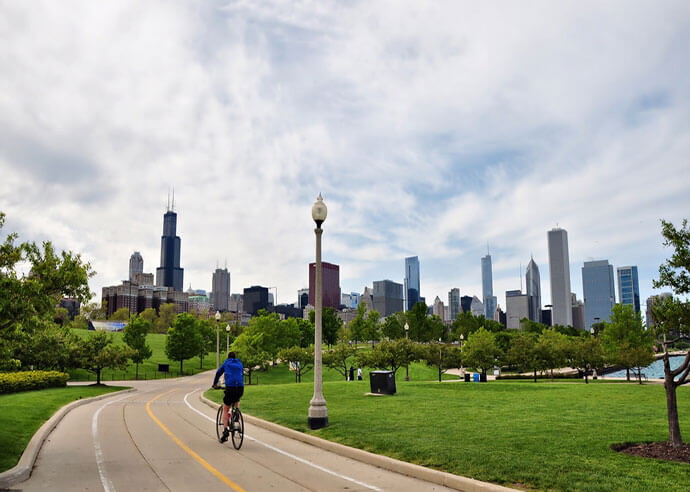 In Spring, the weather in Chicago is wet, cool and an unstable season, characterized by different situations and temperature changes: initially cold in March, with snowfall and still quite frequent frosts, it advances gradually, between the first warm days and the return of cold weather conditions. In early April it can still snow, on the other hand during the month the first warm days can occur, with highs around 30°C (86 °F). In fine weather, a cool (or even cold) breeze in the afternoon blows from the lake, which is felt especially in the eastern districts of the city. In May, it can still be cold at night, especially at the beginning of the month, while on other occasions it can be hot, with highs above 30°C (86°F). In April and May, on fine warm days, also the first thunderstorms in the afternoon or in the evening can occur. 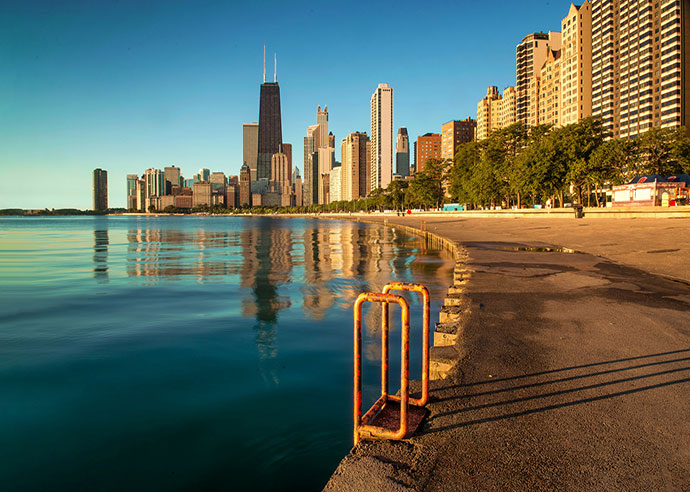 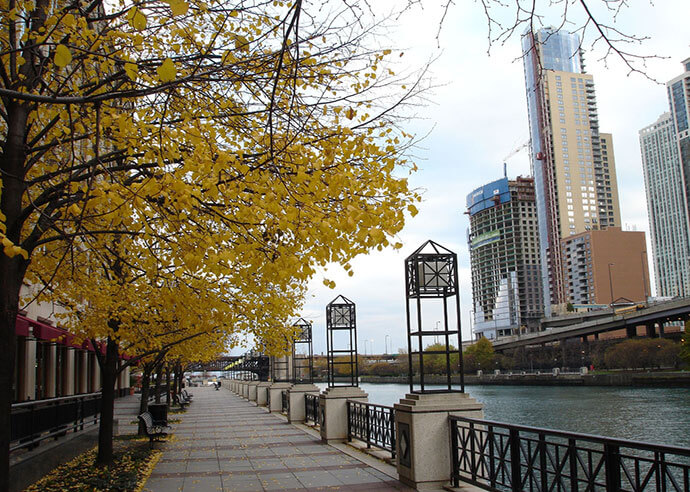 Pleasantly mild autumns, it's the (relatively) quietest period of year. However, there are still years of cold weather early or a return of warm temperatures, and even waves of bad weather. In early September, the weather is often still characterized by heat and humidity, with sunshine and some afternoon thunderstorms, then it becomes milder. In early October, particularly mild days, even warm, can occur, but in the course of the month there may be slight frosts. Between late October and early November, usually after the first night frosts, a mild period, with highs above 20°C (68°F), can occur: it's the so-called Indian summer. However, during the month of November it can get cold, with the first snowfalls and intense frosts.

Average rainfall in Chicago of the year

Precipitation amounts to 935 millimetres (37 inches) per year, and is well distributed over the seasons, at least in frequency, while in terms of quantity the winter is the driest season. In winter, and in spring and autumn, weather fronts pass, while in late spring and summer, when they become less frequent, thunderstorms can form in the afternoon or evening: it is no coincidence that August is the rainiest month. In winter, precipitation mainly occurs in the form of snow. An average of 92 centimetres (36 inches) of snow falls per year; every once in a while, a snowfall can be seen already in October, and in spring, sometimes it can snow even in April. The record belongs to the winter of 1978-79, when a total of 228 cm (90 in) of snow fell.