Boston lies in a zone of the northern United States, the capital of the State of Massachusetts, the climate of Boston is continental, with very cold and snowy winters, and warm (and sometimes hot) summers, with quite frequent thunderstorms. The city is located on the coast, but in the Atlantic Ocean at this latitude a cold current flows, in addition, it's an area where different air masses collide: those coming down from Canada and those coming from the Gulf of Mexico. The result is an unstable climate, with waves of bad weather alternating with clear and sunny days.
Climate and Weather In Boston by seasons of the year:

Winter (from December to mid-March)

The winter in Boston is very cold: the average temperature is just below freezing (0 °C or 32 °F), but cold spells, in which the temperature can drop to -15 °C (5 °F) and even below, are not uncommon. The freezing wind, called blizzard, can heighten the feeling of cold. 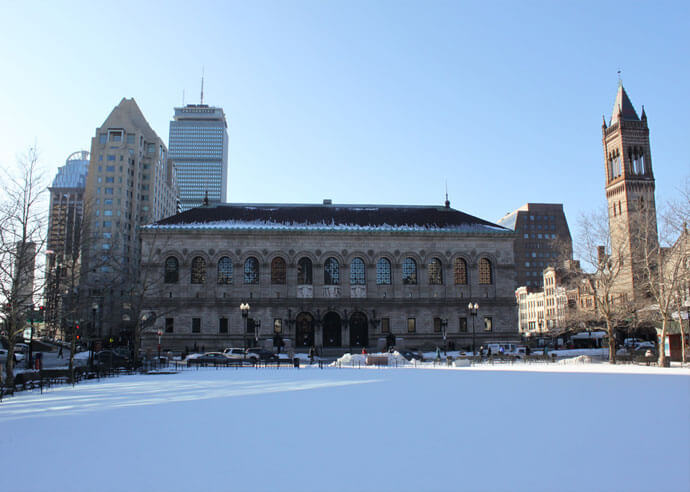 Spring (from mid-March to mid-June) 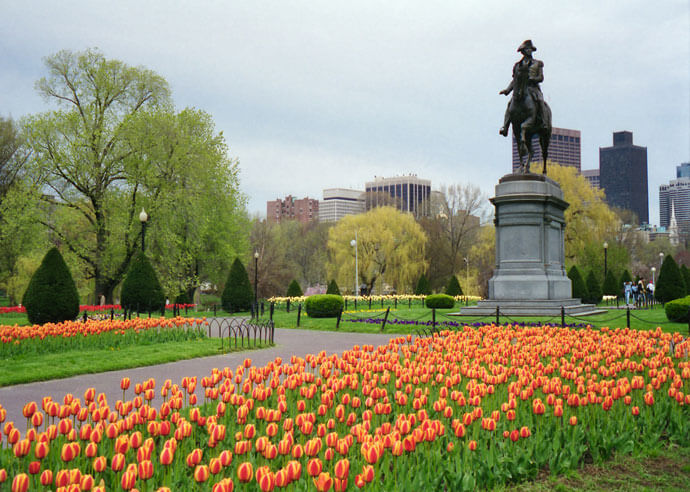 In spring, the weather in Boston continues to be unstable: the first warm days alternate with the return of cold weather. In March, which in fact is often still a winter month, it snows on a frequent basis, and sometimes this can happen even in April, especially at the beginning of the month. But already in April, sometimes the temperature can touch or even exceed 25 °C (77 °F). In May, the average temperature is pleasant, although there are cool days, or even cold and rainy, while the first heat waves can raise the temperature above 30 °C (86 °F). On sunny days, also the first afternoon thunderstorms can erupt. In late spring and early summer, fog may form, maybe on rainy days. When the weather is fine, in the afternoon a cool and moderate breeze rises from the sea.

Summer (from mid-June to August) 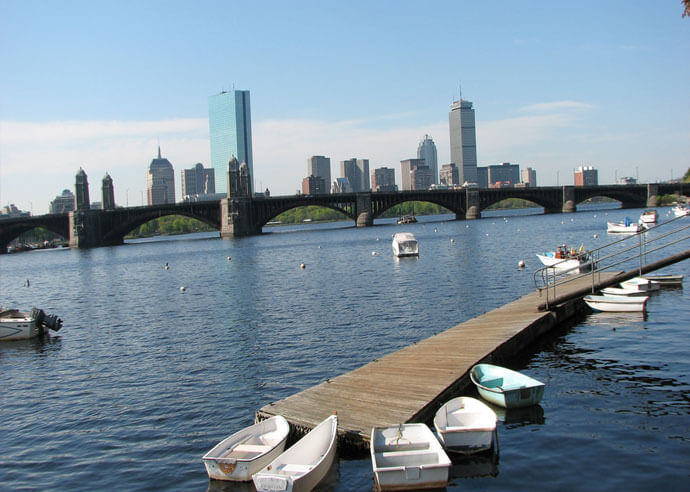 The summer in Boston is hot and humid. Different situations can occur in this season as well: there are cool days, maybe with some rain, and with highs around 23/24 °C (73/75 °F), but also hot and quite muggy days, with highs around 28 °C (82 °F), with sunshine and the sea breeze, while sometimes even heat waves can occur, in which the daytime temperature can reach and exceed 35 °C (95 °F), and the minimum temperature remains high as well, around 23/25 °C (73/77 °F). The sunshine amount during the summer is good, however, in addition to the passage of some disturbances, there is a fair amount of afternoon thunderstorms, sometimes intense and accompanied by hail.

Boston weather in autumn is the mildest and less unstable season of the year, at least in the first part. In early September, the weather can still be characterized by heat and humidity, with sunshine and some afternoon thunderstorms, then quickly becomes mild until mid-October, while in the second half of October it can start to be a bit cold. November is already a cold month, and the first snowfalls can occur. Rainfall occurs quite often also in this season. 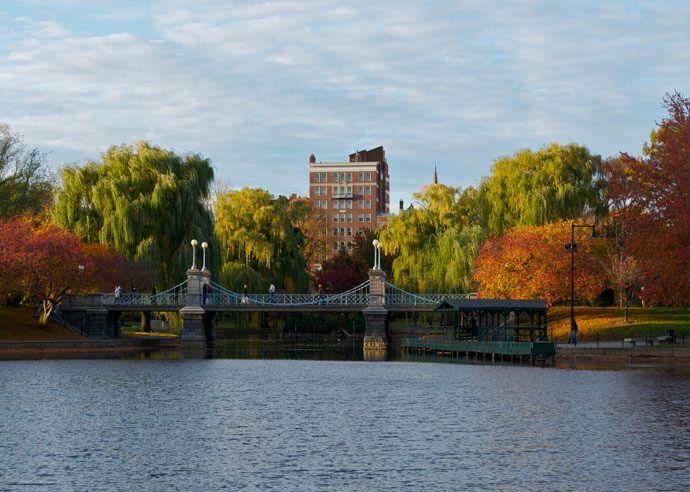 The amount of sunshine in Boston is good in summer, but it is not scarce even in winter, because some sunny days can always occur. On average, there are 9.7 hours of sunshine per day in June and July, and 4.5 in December.

Rainfall in Boston is quite abundant, since it amounts to 1,100 millimetres (43 inches) per year, and is well distributed over the seasons. In winter it occurs mainly in the form of snow, while in summer, in addition to the passage of some disturbances that can bring some rainy days, thunderstorms in the afternoon or in the evening are quite frequent.