Things to know about Moon Phases and tides

Feb 15 2021 - Views: 196
Share
Rate: 3.8 - 50Votes
Table of contents
Ocean tides would have never appeared on Earth without the Moon’s gravitational pull. That’s an undeniable fact. And of course, different moon phases also affect the tides differently. Check out this article “Things to know about Moon Phases and tides” to learn basic things not only the effects of the moons on tides but also the relationship between its phases and the rise and fall of ocean water. 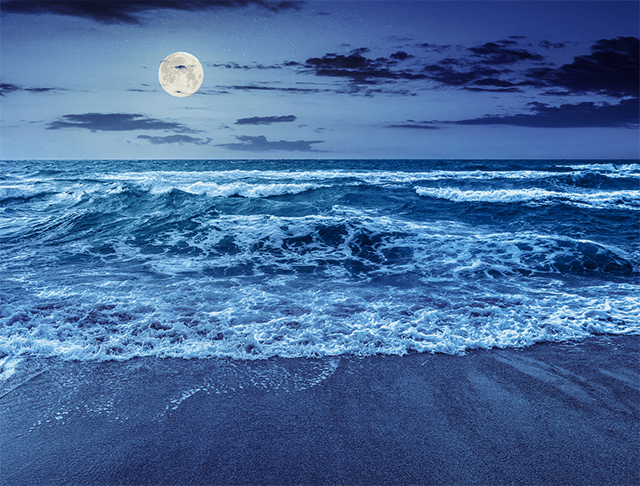 The Moon’s gravitational pull is one of the very major factors causing the tides on Earth. It takes 27.32 days for the Moon to complete one orbit around the Earth. However, it takes the Moon about 29.5 days to complete one full cycle of phases - from a New Moon to a New Moon.

During these 29.5 days or the moon’s full cycle of phases, it goes through 8 major phases. And each phase is, of course, affects the tides differently in terms of tide levels, types of tides, and more. Keep reading on to know more about the relationship between Moon phases and tides mentioned detailedly below here! Let’s start by figuring out different phases of the moon throughout a month.

Different phases of the Moon

Moon’s phase is the position of the Moon relative to the Sun and Earth. In other words, Moon phases are angles of the moon to the Earth. 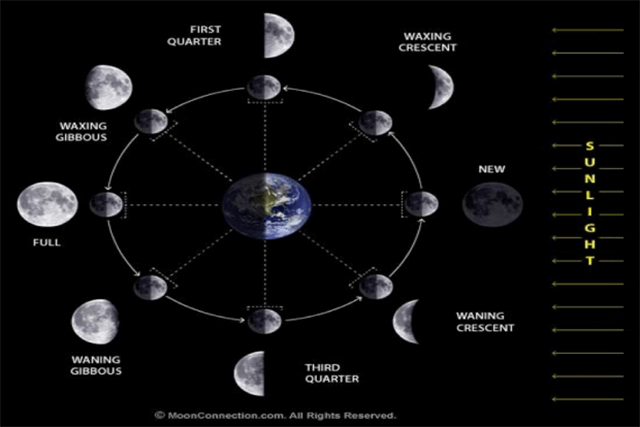 Here are the 8 different moon phases and their shapes that can be seen from Earth.

There are 8 major different Moon phases during the period from a New Moon to a New Moon. So during that cycle, how these 8 phases affect the tides on Earth?

Well, it’s essential to know that the tides on Earth result from the Earth’s rotation on its axis as gravity from the sun and the moon pull on Earth and its water. That’s why it’s said that the Moon’s gravitational pull is one of the major factors causing tides - the fall and rise of the ocean water level at a given place. 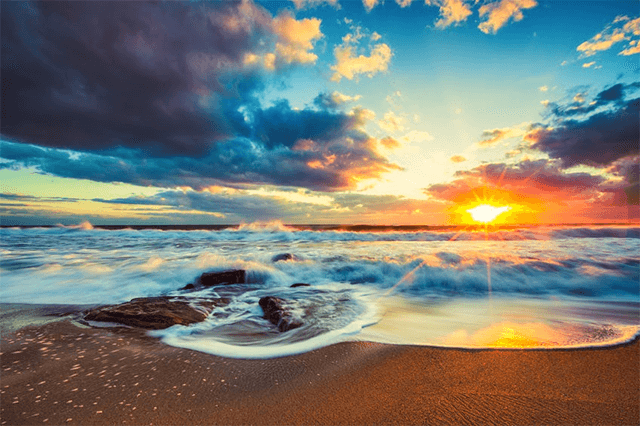 Of course, the effects of the moon on tides depend on the Moon’s phases.

Some facts below here will let you know the effects of the moon on tides and the tight relationship between Moon phases and tides.

The moon strongly pulls on the water on the Earth’s side that is closest to the moon, causing the water to bulge. It’s known as the direct tide.

At the same time, on the opposite of Earth, the water ocean also bulges, resulting in tides or also known as the opposite tides.

High tides and low tides both occur two times each every 24-hour day. But the moon rises 50minutes later each day, so the tide cycles will also differ by the same 50minutes daily.

If the moon is at perigee, the tides can also be impacted. Combined with a New Moon or Full Moon phase, a moon at perigee can produce the lowest or highest tides of all. 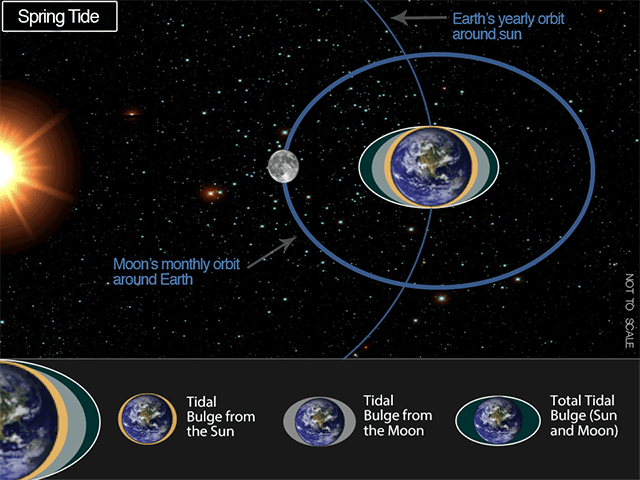 When the Moon is at its new and full phases, high tides reach their highest, while low tides are, of course, lower than usual. These high tides are called spring tides, occurring when the sun, moon, and the Earth are in a straight line. The added gravity from the Sun makes the oceans bulge more than usual.

But during the Quarter Moon phases, the Moon is 90 degrees away from the Sun and the Sun pulls against the gravitational pull of the Moon instead of combining with it. The result is the highest low tides and lowest high tides or the least extreme between low tides and high tides. They are also known as neap tides.

Through the facts mentioned above, now you know that the moon’s gravitational pull and its phases strongly affect the tides on Earth, right? And that’s all for today’s article “Things to know about Moon phases and tides.” Hope you enjoyed it and learned something new. Next time, we will have another article discussing more deeply the Moon phases and meanings, so if you want to learn more about this topic, don’t forget to visit goweatherforecast.com frequently to see the post.

See also: What are the major types of climates in the world?