Tens of thousands of hydro customers without power across southern Manitoba! A storm that has draped southern Manitoba in heavy, sticky snow is causing havoc on highways and knocking down trees and power lines. The Trans-Canada Highway was closed between Headingley and Brandon – one of many road closures – whereas more than 47,000 Manitoba Hydro customers were in the dark at 1:30 P.M. CT, including over 27,000 in Winnipeg. 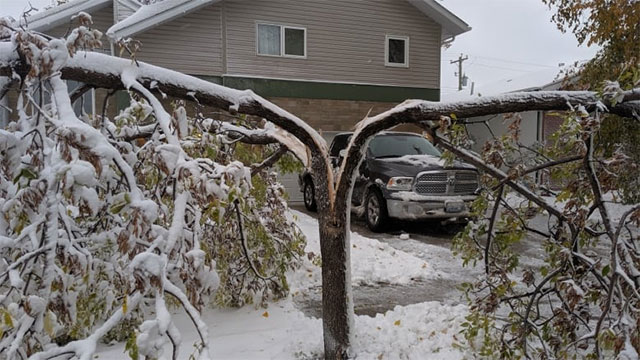 Repairs will be delayed as a consequence of the treacherous conditions and all the downed trees and branches, Manitoba Hydro spokesperson Bruce Owen said. “We understand completely people’s frustration and the inconvenience to this. We are working as quickly as we can and as safely as we can to restore power as soon as possible,” Owen said. “But the weather is our enemy.”

The storm arrived so early this fall that the majority of trees are still loaded with leaves, which are now supporting the snow and causing the branches to bear more weight than normal. “And they are coming down on our [power] lines,” said Owen, urging the public to be careful.

“What we are seeing at present is that a lot of folks are taking pictures and videos of downed lines, of sparking transformers, to post on social media, and they are getting too close. It is simply not worth it.”

Manitoba Hydro and the City of Winnipeg are hiring private customers to get rid of the downed trees and branches. Matt Vinet, a manager at Green Drop, one of the yard maintenance companies contracted to do the work, called the situation “a tree apocalypse.” “I do not mean to be so alarmist, but it looks pretty grim at this point. We are going to see a lot of damage to a lot of trees,” he said.

A lot of those trees are part of the city’s massive elm canopy, he said.

“And those are the big old trees. It is going to have an effect of a lot of the smaller ones, as well, of course, but some of the big elms – we are going to have pretty catastrophic damage to irreplaceable trees.”

Vinet said he has been working at the job for 2 ½ decades and has never seen anything like this in early October. “I have never seen wet snow on trees with leaves still on them. The two simply usually do not happen together in our climate,” he said. “This is an ideal storm for the [tree] apocalypse.” 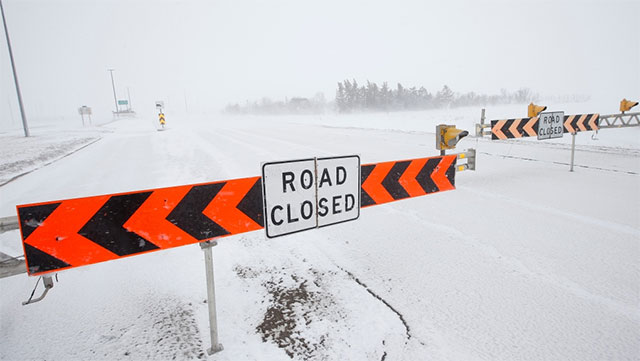 Any person coming across a downed line needs to call 911 for the reason that it is a public safety matter, Owen said.

“Emergency officials will get in contact with us, and we’ll come and de-energize it as quickly as possible.” Owen even advised people to keep away from the enticement to make an effort knocking the snow and ice off their trees, particularly if they can’t see where the service line is going into a home.