Weather and climate in Washington state...!

Washington is the 18th largest state, with an area of 71,362 square miles (184,827 km2), and the 13th most populous state, with more than 7.4 million people. Approximately 60 percent of Washington's residents live in the Seattle metropolitan area, the center of transportation, business, and industry along Puget Sound, an inlet of the Pacific Ocean consisting of numerous islands, deep fjords, and bays carved out by glaciers. The remainder of the state consists of: deep temperate rainforests in the west; mountain ranges in the west, central, northeast, and far southeast; and a semi-arid basin region in the east, central, and south, given over to intensive agriculture. Washington is the second most populous state on the West Coast and in the Western United States, after California. It is one of the wealthiest and most liberally progressive states in the country. 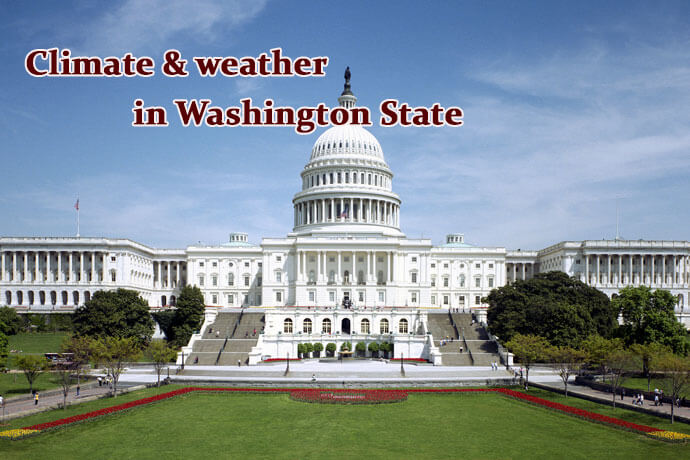 The Cascade Mountain Range divides the state of Washington into two parts – Western Washington and Eastern Washington. Therefore, Washington's Climate and Weather vary greatly from west to east. A Mediterranean Climate predominates in western Washington, and a much drier semi-arid climate prevails east of the Cascade Range. Major factors determining Washington's climate include the large semi-permanent high pressure and low-pressure systems of the north Pacific Ocean, the continental air masses of North America, and the Olympic and Cascade mountains. 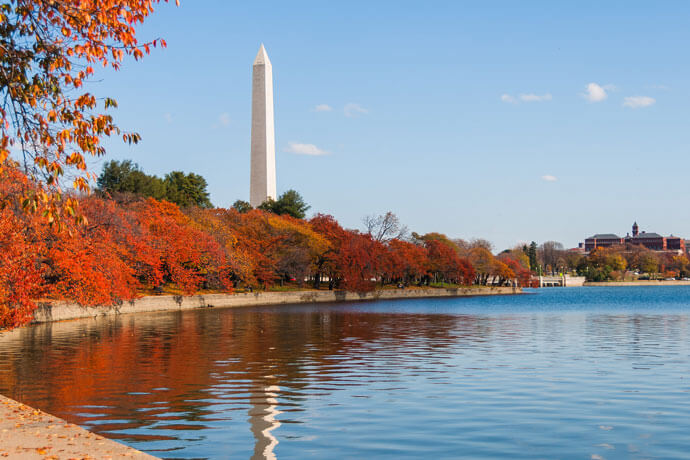 The climate of western Washington

The weather is relatively mild in Western Washington.  Summer days, the weather here is usually cool, pleasant, rarely rising above 79 ° F (26 ° C) and the winter days are usually not too cold, rarely below 45 ° F (8 ° C) during the day. It is also rarely seen snow in West Washington in winter, although rain is common. Most of Washington's major cities are located in the west, including Tacoma, Olympia and Seattle. This means you'll probably have decent weather no matter what time of the year you travel here. 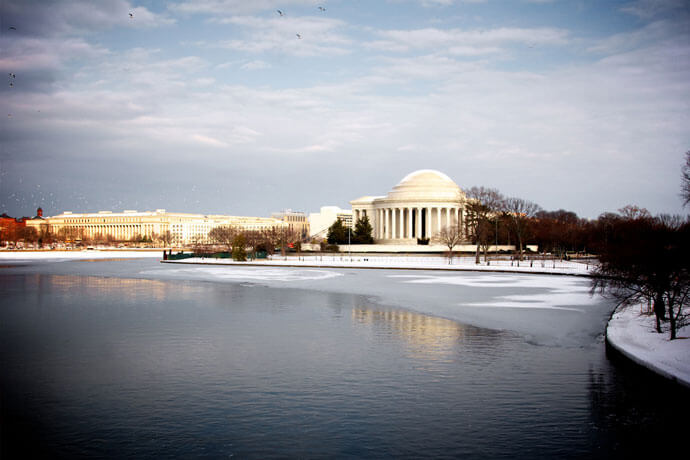 What climate zone is Washington state

The climate and weather of the cities of eastern Washington are somewhat harsher than the western cities of the state. Due to the influence of the Cascade Mountains in eastern Washington, snowfall is much more common in certain areas, with up to 200 inches falling on the mountains each year. In the cities in Eastern Washington, the weather can really vary depending on where you visit. For instance, Wenatchee and Chelan enjoy around 300 days of sunshine annually. Summers are also quite hot on this side of the state, with average temperatures reaching the low 90s. But overall, this side of the state makes for a great place to enjoy winter sports like skiing and snowboarding, such as at Mt. Spokane Ski and Snowboard Park.