The central United States was hit by one more round of tornadoes from North Dakota and Oklahoma to Indiana through the weekend.

A tornado in Rushville, Indiana was reported on Saturday by the Storm Prediction Center of the National Weather Services. The tornado hit around 7:51 PM CDT that resulted in a noteworthy damage as per the report. Previously, a tornado hit a farmer’s field in Newbern, Indiana, at 7:33 PM CDT. According to the report, it was reported that it was probably rain-wrapped. 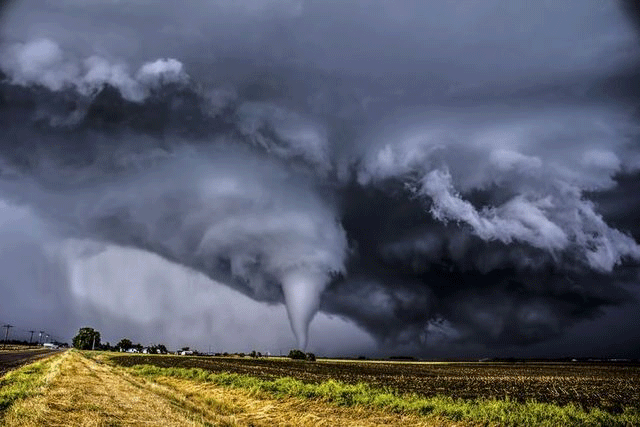 Farther south, hail approximately the size of tennis balls fell over Deaf Smith County, Texas, about 5 PM local time. A tornado struck Castro County, Texas, one county over, just a few minutes prior to the hail had struck. At around 8:11 PM CDT, a wind gust of 87 mph was experienced in the vicinities in close proximity to Childress, Texas.

At around 2:47 PM, a thin tornado tracked north of Sawyerville, Illinois, which downed a tree into a home and wrecked power lines, as per the report of National Weather Services. A social media user was able to catch a photo of it as it churned through the neighborhood.

Two confirmed EF2 tornadoes in Des Moines County, Iowa were produced by harsh storms that downed trees, power lines, destroyed outbuildings and “severely damaged a house off its foundation,” as per the storm survey of National Weather Service.

A tornado churning at the back of a line of homes was captured on video by a social media user in Ellettsville, Indiana. The maximum path width of the tornado was 400 yards and packed winds up to 130 mph. The tornado was given a preliminary EF2 rating on Sunday. Fortunately, no injuries or fatalities were reported. 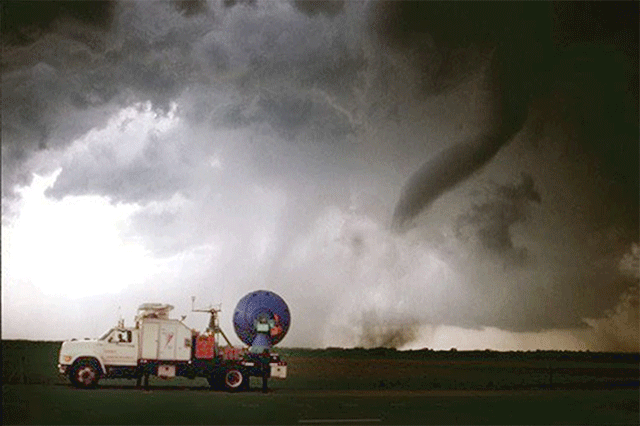 A second EF2 tornado was confirmed in Greene County, Indiana. Luckily, no fatalities or injuries were reported there as well. Harsh weather even blasted through the southern Plains, with wind gusts as high as 70 mph reported in regions of Oklahoma. There was a report of blown out windows in a house in the vicinity of Custer City, Oklahoma, as a fierce line of severe storms rolled through.

To the north of the severe weather, southern Kansas, as well as southwestern Missouri, was submerged with the flooding downpours. On the event of Father’s Day, a line of harsh storms moved all the way through the Dallas-Fort Worth metroplex, resulting in severe damage to homes and leaving over 90,000 without power, as per the Fort Worth Star-Telegram.

Following 19 tornado reports on Saturday, there were just two Sunday, both of which took place in central Oklahoma.