14 Coolest Cities in The World to Visit

What are the coolest cities in the world? Well, It’s such a hard question!

Some people love to be immersed in a vibrant city with world-beating restaurants or modern architecture while others prefer historic buildings, good public transport, and music festivals. So, it’s safe to say that what makes a city great depends much on each’ preferences. We’ve crunched the number of cities that will definitely satisfy your needs in many aspects. Read on to get them covered, and prepare for your trip plans.

14 Coolest Cities in The World 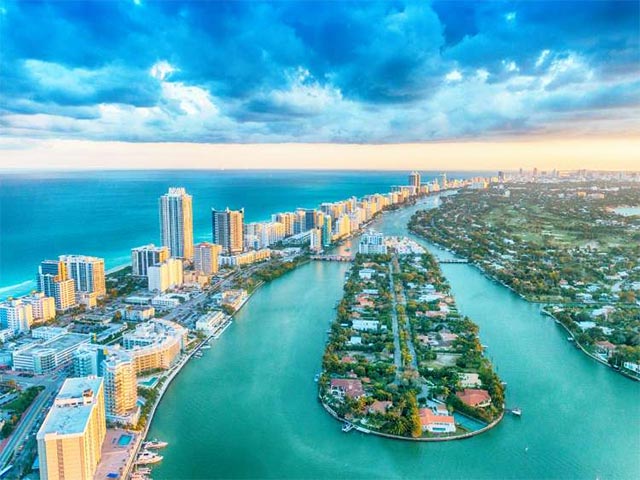 Coolest Cities in The World to Visit

Have you ever dreamed of relaxing in Miami Beach? Endowed with great beaches and world-famous nightlife by nature, Miami is truly a magical place to visit. It is as charismatic as often portrayed on a large screen as any city on Earth. Escape from crowded cities and ride to the tranquil white sands of Virginia Key or experience what makes Miami the “City of Miracles” in South Beach such as cycling along a boardwalk along the Miami coast Ocean Drive's Art Deco district. Moreover, it is also one of the coolest cities in the world due to multiple enticements: Trendy nightlife,  beaches, art galleries, and world-class hotels. 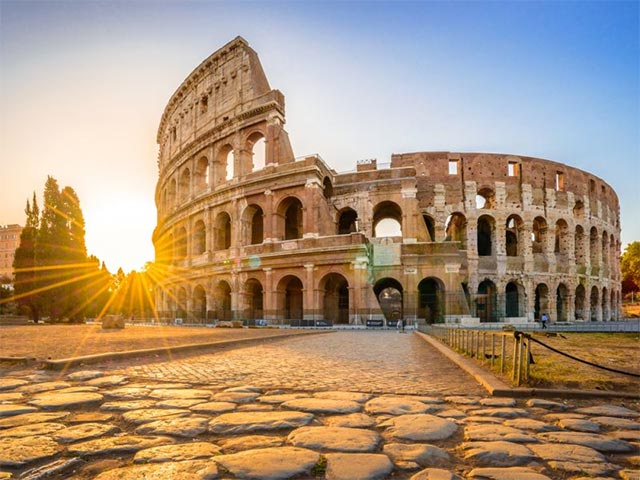 14 Coolest Cities in The World to Visit

As one of the best cities in the world, the capital of Italy is well known for not only amazing foods such as spaghetti, lasagna, pizza but also for a collection of incredibly iconic architectural sights, buildings, and monuments.

These works of architecture with a rustic nature and long history have been attracting millions of tourists per year.

The Colosseum is known as the most glorious and also the most brutal place in the Roman capital of Italy. It is a miracle worker with a history of over 2000 years old. This was once a place to witness historical events, glorious episodes of victory and the end of thousands of mighty and majestic gladiators. You’ll enjoy fine weather there, the food will be mind-blowingly good, and the city’s iconic landmarks known the world over will take your breath away. History lurks on every street – from the Colosseum to the Spanish Steps and the Pantheon, the streets of Rome are a walking museum best viewed on a gloriously sunny summer’s day.

It’s not surprising that Rome is one of the coolest cities in the world! 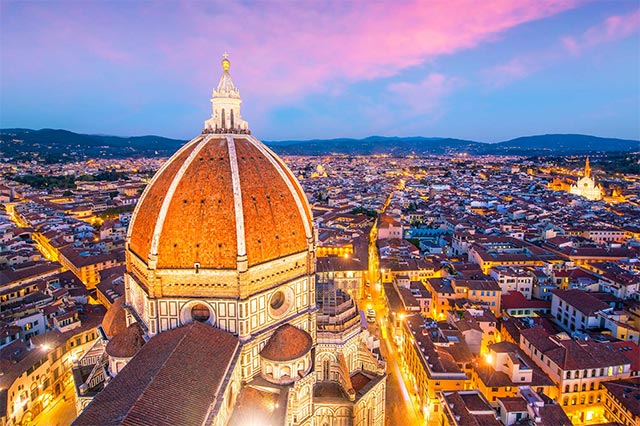 Florence- One of the Coolest Cities in The World

While Rome may be recognized as Italy's most historic city, Florence holds the flames of absolute, non-lavish Italian beauty. Walking down any of the cobblestone streets will uncover incredible squares and churches - and the skyline that dominates Santa Maria del Fiore is a must-see. Must also see? Museums and galleries are packed with some of the world's most enduring and exquisite works of art; no less the iconic David of Michelangelo, poised beneath a specially designed portal to the heavens themselves. 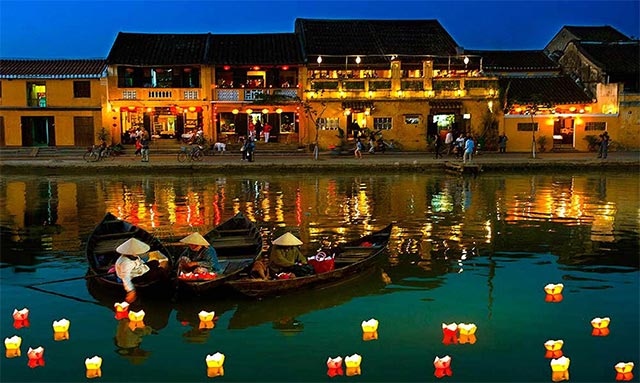 What are the coolest cities in the world?

Hoi An City is often known as Hoi An Ancient Town, located in central Vietnam. Visitors are impressed by many ancient architectural works, charming natural landscapes. In 1999, Hoi An Ancient Town was recognized by UNESCO as a World Cultural Heritage.

Hoi An city is highly appreciated for the ancient beauty, cultural heritage, diverse cuisine, and friendly people of the old town of Vietnam. 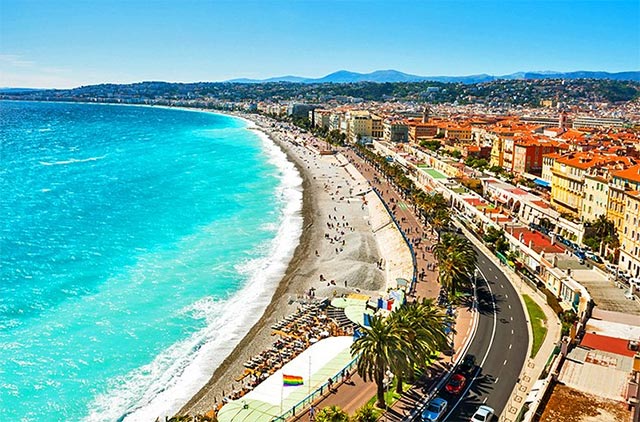 Nice, nestled on the French Riviera in the south of the country, is famous for pristine beaches and elegant palm-shaded boulevards for you to enjoy the sunshine.

While Cannes and Monaco are more glamorous, Nice has a more relaxed, authentic feel, blending the glamor of the Riviera with traditional cuisine and seaside life. The Promenade des Anglais is the heart of the city with loads of people walking, jogging or simply relaxing on one of the world's most famous boardwalks. 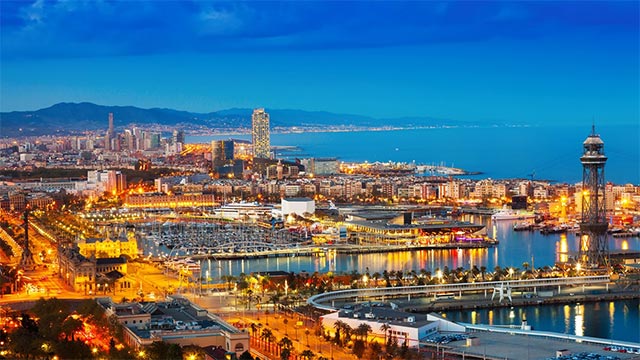 Explore the coolest cities in the world

Barcelona is one of the coolest cities in the world that you should visit.

From history, architecture to food and natural attractions, Barcelona has it in spades. Gaudi's masterpieces are magnificent, but the art scene goes beyond them with artisans throughout the vibrant El Born district, the galleries in the Consell de Cent's downtown, and exhibitions throughout Eixample. Bohemian, carefree, and up-to-date, Barcelona's diverse restaurants range from trendy tapas bars to small in-wall eateries and the bar scene is also eclectic. Start off in Las Ramblas and good luck keeping up with the locals as they drink their way around the city. Wander the Gothic Quarter for trendy and almost hidden hotspots, enjoy a taste of sophistication in trendy El Born, immerse yourself in the razor-sharp vistas of Raval, or soak up the trendy barrio Poble Sec upper. And you've never seen a group as loud as when the city's soccer team has a match at home, so plan on watching a Barcelona FC game if you're in this area! Dubai is one of the coolest cities in the world

Dubai is a rare and ambitious city at the forefront of the development of the Middle East. With a huge ex-pat community interspersed with Emirates citizens, the landscape is filled with interesting faces and creative spaces. This is one of the coolest cities in the world with charming and distinctive characteristics, Dubai is often compared to Paris for its charm and loves all that luxury. The majestic desert contrasts with modern buildings and Dubai offers an interesting combination of scenes, making it a unique and fascinating destination to explore. Despite Dubai's urban nature, Arab culture and rich heritage are the highlights. It also seems to be the antithesis of the burgeoning Western lifestyle, although two distinct cultures seem to coexist harmoniously. Beautiful mosques and traditional markets mingle with contemporary skyscrapers and massive luxury malls, creating a city that is as diverse and exciting as any other. in the world. Coolest cities in the world you can’t miss visiting

Walking the streets of Tokyo for the first time is like stepping into a strange and wonderful dream or a fast-paced sci-fi video game filled with neon lights. The city is ripe with tradition but also moves forward with sharp trends, embodying a culture that, in general, happily embraces both ancient heritage and the changes associated with modernization. Tokyo, one of the coolest cities in the world, is so overwhelmed that you can stand and stare for hours at the constant developments. The Shibuya Station "scramble" is Tokyo's undeniably fast best example: it's the busiest intersection in one of the most densely populated cities in the world, where so many people don't. The break is a remarkable sight. If you're looking for something out of the ordinary, then Tokyo is where you'll find it, and plenty. Some of the most curious restaurants (ninja and video game themes), the most varied and thrilling nightlife as well as the tallest buildings are all found in Tokyo, so there's always something There's something to do in this incredibly exciting city. Which coolest cities in the world have you been?

Paris is also known as the magnificent capital, one of the coolest cities in the world with many attractive entertainment venues. The symbols of the French capital Paris are the Eiffel Tower and the Arc de Triomphe (Arc de Triomphe). Alternatively, you can also visit the Louvre Museum of Art, History and the famous Notre Dame Cathedral (Notre Dame). If you are a fan of food, you can visit the Marché Biologique Raspail market and shop at the Marché aux Puces de Montreuil market. You may be impressed by these coolest cities in the world

St. Petersburg is one of the best cities in the world to visit. The second-largest city in Russia is also considered the cultural center of Russia. Dubbed the city of Palaces. If you have a chance to go to St. Petersburg, you should not miss the Winter Palace and Kazan Cathedral (Kazan Cathedral).

In addition, there are also many historical monuments, churches that are worth visiting such as Pyotr I monument, the Aleksandr tsar statue, the summer palace, the Pavlovsk palace, Savior on Spilled Blood church, St church. Plan a trip to the coolest cities in the world

Amsterdam is the capital of the Netherlands. It is one of the coolest cities in the world to visit. This tolerant and diverse city has amazing things to explore: A rich culture, historical buildings, lively Amsterdam nightlife, delightful restaurants, quirky festivals, good transport.

There's never a shortage of things to do in this city. you can get a bike for an authentic local experience, go for a boat tour on the canals or stroll through Vondelpark. Boasting over seventy museums, this city has attracted millions of visitors each year.

One of the most famous museums is Rijksmesuem, which is home to 8,000 works. Other tourist attractions that are worth visiting are canal cruising, Keukenhof Gardens, ARTIS Amsterdam Royal Zoo, A'DAM LOOKOUT. 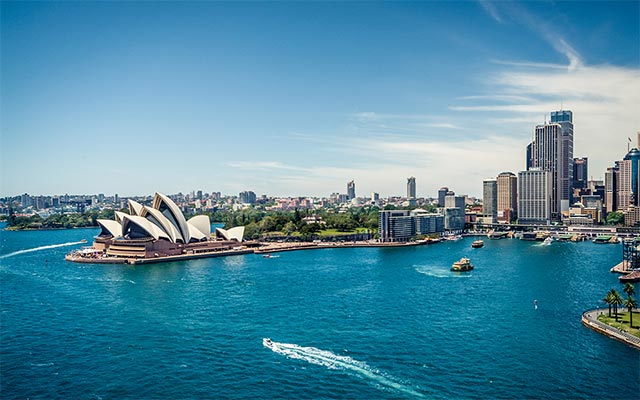 Coolest cities in the world you would love

Sydney is heralded as one of the coolest cities in the world for many reasons. Australia's largest city is famous for its coastal scenery, sun-soaked beaches, and vibrant art scene. When it comes to Australia, what first springs to people’s minds is the iconic Sydney Opera house, a multi-venue performing arts center. But this vibrant city offers more than that

Whether you love the bustle of big cities, the wild landscape of nature, cultural experiences, or adrenalin spiking activities, Australia will get you covered.

Harbour City is one of the best weather places in the world and a haven for foodies as there are sophisticated spots that showcase the abundance of local stables. One of the coolest cities in the world: Chicago

Chicago is one of the coolest cities in the world when it comes to food and drink. It is the Midwestern metropolis that is famous for supping and sipping. The Windy City also has extremely attractive and outstanding destinations with picturesque natural scenery. Not only is it the home to the famous stuffed pizza, but Chicago is also a place to keep many culinary secrets in the world. This is one of the few cities that owns the famous culinary book "Michelin Guide".

In addition to epic music concerts in parks, Chicago is also well known for sports matches, art exhibition centers, museum complexes. Chicago will definitely be the ideal destination for those who love art, architecture, history, cuisine and exciting entertainment activities. Which are the coolest cities in the world?

As one of the coolest cities in the world, Berlin has plenty to offer you more than just beer and sausages. The famous artistic scene and tireless nightlife of the German capital have given the city a dynamic and fierce character. This city has been described as "poor but sexy", referring to the coexistence of impoverishment and creativity. Thus, it has been attracting creative workers, artists, and young people from all over the world.

When it comes to food in Berlin, the image of characters wearing traditional strapless shorts distributing sausages and sauerkraut may come to mind. Because the city has so many demographics, the food is diverse as well.

It’s no surprise to see colorful street art spread across the city. Far from improvised wall spray art, this type of street art is an individual expression of a bleak underground culture.

This list of 14 coolest cities in the world to visit is not to be sorted in descending order, and each city has its own distinctive cultural and historical beauty. So choosing what is the best destination to visit or live depends on your preferences. Are these cities on your bucket list?

Read also: Where is the driest place in the world?