Weather Forecast: a yellow warning is given in India from Friday 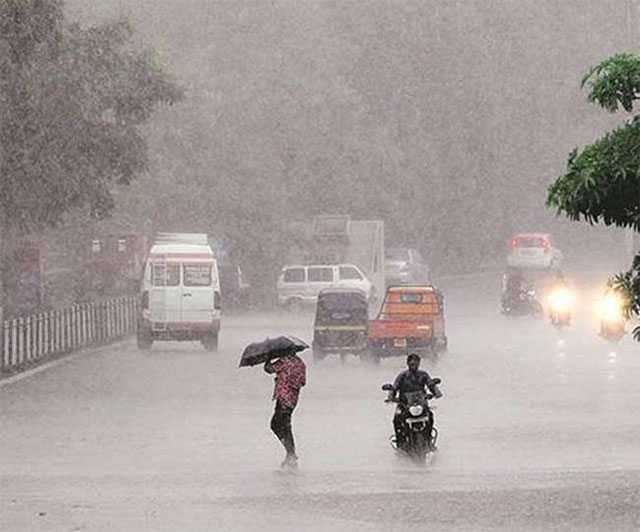 Weather Forecast: a yellow warning is given  in India from Friday

On April 1, 2021, the Indian Meteorological Department (IMD) issued a yellow warning of rainfall for several states and union territories. Indian will get a breather from the scorching heat from Friday with light to very heavy rainfall.

Due to the depression over the south Andaman Sea, it is predicted fairly widespread and widespread rainfalls go across Andaman and Nicobar Islands, Assam, Odisha, Meghalaya, and Arunachal Pradesh for the next two to three days.

The Indian Meteorological Department also issued a yellow warning when predicting the average temperature is possible to drop by three to four degrees Celsius in several parts of the east, central, and northeast India. Therefore, fishermen are required not to venture into the sea.

The good weather news for people across north and west India is that the temperature will rise from Friday. Especially, there is no prediction for heatwave conditions for the next two to three days.

In a tweet of the IMD, it is stated that Strong Surface Winds (speed reaching 30 to 40 kmph) over most parts of Punjab, north Rajasthan, Haryana, Chandigarh, and Delhi, West Uttar Pradesh, and northwest Madhya Pradesh during the next 24 hours.

On Wednesday, the weather department had announced the weather forecast of April to June. It is expected that the temperatures across north and east India will remain above normal. Besides, below normal seasonal maximum temperatures can occur over most of south India, parts of East India, northeast, and extreme north India.

The IMD also said that During the upcoming hot weather season (April to June), above normal seasonal maximum temperatures were likely over most of the subdivisions of north, northwest, and few subdivisions of east-central India.

Also, the weather department adds that However, below normal seasonal maximum temperatures can likely happen over most of the subdivisions of south peninsular India and few subdivisions of east, northeast, and extreme north India.

Stay tuned for Weather Forecast to get updated weather information!

Humidity and downpours can be expected in Atlantic and Central areas, B.C. is looking forward to be “king of the heat’.

Where can fireworks show by thunderstorms be expected on the 4th of July?

Storms are expected from central and northern Idaho eastward to Pennsylvania and parts of Delaware, New York state, and New Jersey

Even though Barbara is no longer a tropical storm or a hurricane, thunderstorms and showers linked to the diminished system

The Woods in Marshall County when a line of strong thunderstorm moved through the region. Eberhardt was hit and went into cardiac arrest.

Flooding Storms To Move Across Central US, Join On Interstate-95 Corridor This Week

The storms will break heat as they approach. However, high humidity may remain in the Deep South and near the Atlantic coast.

Covid pandemic drives a record drop in CO2 emissions in 2020

2020 saw a record drop in CO2 emissions since World War II, triggered by the Covid-19 restrictions all over the world.

Multiple weather systems will affect much of the U.S and brings rain, storm. Central US is expected to see snowfall.

Where is the driest place in the world?

Are you curious about where the driest place in the world is? If that’s the case, this article is certainly for you.

Heaviest snowfall in decades in Texas

Heavy snowfall with 6-9 inches in depth occurred during 24 hours, spread from Lubbock to Abilene and just west of Waco, Texas.

It is predicted that an unusual pattern is forming in the Iberian Peninsula. There will be rain, snow even ices on this peninsula.

Some Typically Cold Locations in the contiguous United States, Lower 48 has seen the warmest winter on record.

Full Wolf Moon Will be Shinning in the Sky This Week – How to Spot It?

The first Full Wolf moon of 2021 will take to the night sky this week. It will look big and bright for two or three nights around this date.

Aisan countries are excited to welcome a happy lunar new year 2021. The festival was traditionally a time to honour ancestors and an occasion for families to gather for the annual reunion dinner.

The much-awaited Valentine’s Day is on the horizon. Do you have any plans for this special day? Hope you are all feeling the love.

State resources on standby before coming severe weather in Texas

It is stated that Gov. Greg Abbott is going to prepare state resources to face severe weather expected Tuesday evening into Wednesday morning in Texas.