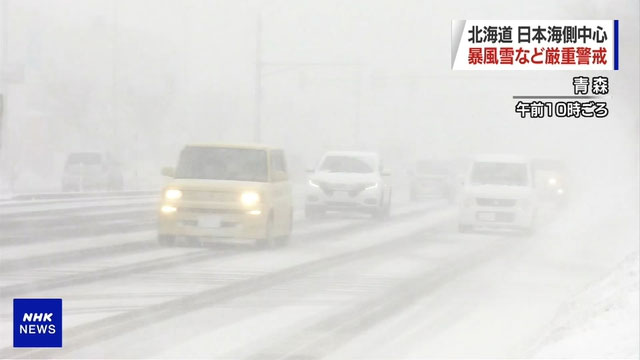 At the beginning of the week, Japan's weather officials are sending alerts as well as calling on people in the northern part of the country to prepare carefully for a severe snowstorm hitting the region from Tuesday to Wednesday.

According to the Meteorological Agency reports, it is said that a low-pressure system was developed rapidly and coming westward over the Sea of Okhotsk, along with extremely strong winds, especially to northern Japan.

Also, Officials are warning of limited vision, white-outs with no visibility, and snowdrifts along the Japan Sea coast of Hokkaido until early Wednesday. They are advising people to watch out for heavy snowfall, strong winds, and high waves. 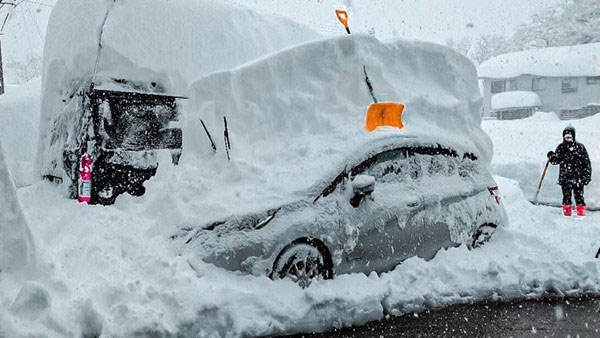 Also, Officials are warning of limited vision, white-outs with no visibility, and snowdrifts along the Japan Sea coast of Hokkaido until early Wednesday

Especially, a local observatory in Hokkaido is announcing a warning that rare blizzards seen only once every several years are possible to hit the western seaside. The main regions such as Ishikari, Rumoi, and neighboring Kamikawa will need to be careful. People are advised to refrain from going out unless necessary.

Also, Weather officials forecasted that a cold air mass nearing Japan will contribute to intensifying snowfall across wide areas along the Japan Sea coast from Hokkaido to Kyushu.

Due to snowfall along with mountainous areas in the 24 hours until Wednesday morning, the Tohoku region and Niigata Prefecture are expected to experience 60 centimeters. Up to 50 centimeters of snow is forecast in Hokkaido and Hokuriku, and up to 40 centimeters in Gifu Prefecture.

Mountainous regions in Kansai may reach up to 20 centimeters, and up to 5 centimeters may be seen in Shikoku and northern Kyushu.