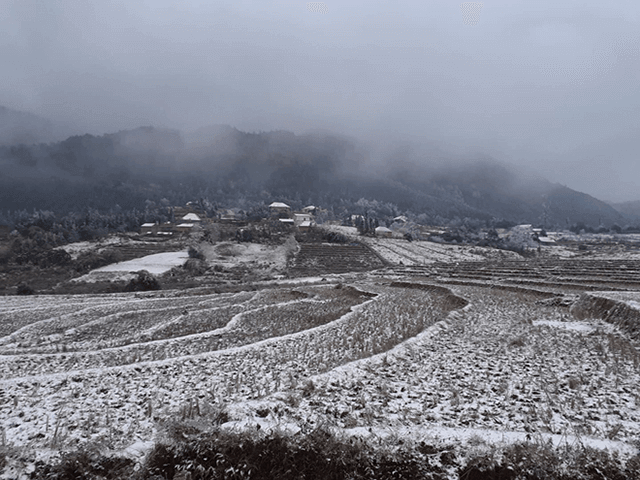 According to the National Center for Meteorological and Hydrological Forecasting, this morning (January 12), the provinces in the North are blocked deeply in the cold air, and in many places, the temperature continues to drop severely. At the same time, the damaging cold has happened in the provinces from Thanh Hoa to Thua Thien - Hue.

According to the Weather Forecast, today, the North start to see sunny in the afternoon, the night and early morning still cold and frigid. Meanwhile, in the Central region, showers and thunderstorms can appear in some places.

In the North and the provinces from Thanh Hoa to Thua Thien - Hue, it is still frigid with the lowest temperature at 7-10°C at night, mountainous areas were 4-7°C.

Notably, from January 12, high mountain areas are less likely to snow due to low humidity in the air. However, when the temperature is below 0°C, snow and frost potential appear.

While the area from Da Nang to Quang Ngai has an intermediate temperature of 15-18°C. The Central Highlands gets cold whilst the South Central Coast and the South freeze at night and early in the morning.

In the Gulf of Tonkin on January 12, there is a strong northeastern wind level 6, shock level 8, rough seas, at night, winds gradually decrease and sea ​​waves from 2.0 to 3.0 m high.