Interesting facts to know about weather on the planet Jupiter

Mar 24 2021 - Views: 378
Share
Rate: 4.3 - 50Votes
Table of contents
On the subject of weather on Jupiter, questions like  “Is it hot in Jupiter?”, “Does it rain on Jupiter?”, “What is the weather like on planet Jupiter?”, etc are so common. Are these your questions, too? If that’s the case, don’t miss out on this article as the following are some of the most interesting facts to know about weather on the planet Jupiter. 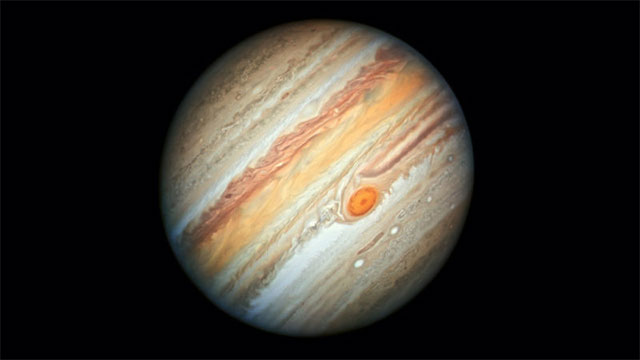 Is it hot in Jupiter?

Jupiter is the biggest planet in the Solar System. The weather on this planet is different from the weather on Earth for sure. Though it also has storms, well, the storms on planet Jupiter is not like what we see on Earth at all.

What else to know about the weather on the planet Jupiter? Keep reading on, then you will explore very interesting Jupiter weather facts. But first, let’s spend a minute learning basic things in terms of position, structure, and surface of this planet.

Basic things to know about the planet Jupiter

Jupiter is the 5th planet from the sun, meaning Saturn and Mars are neighboring planets of Jupiter. Here are more things to know about this planet.

The largest planet in the Solar System 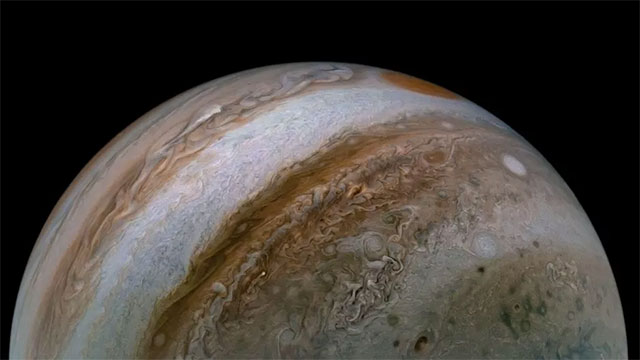 Weather on the planet Jupiter: It’s a gas giant planet

It is a gas giant planet

Jupiter is also called a gas giant planet. It is made up mostly of hydrogen gas with some helium. A much smaller amount of other gases like methane, ammonia, ... also contribute to the composition of the planet.

These gases fill the whole planet, descending to its core. The surface of this planet is not solid, and below the surface, the gas turns into liquid and even plasma, all the way to the planet’s rocky central core.

What’s about day and time on Jupiter?

One day on Jupiter or one Jovian day goes by in less than 10 hours. That means a single day in this gas giant planet is just over 1/3 the length of a day on Earth. And well, one year on planet Jupiter is the same as … 11.8 years on Earth. This is because Jupiter has a very fast rotational speed: 12.6 km/s at the equator. 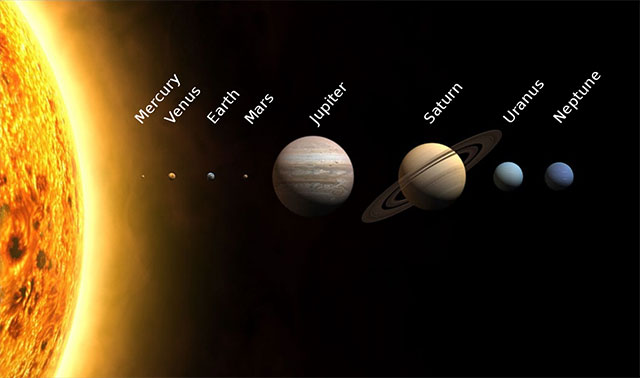 Jupiter is the fifth planet in the Solar System

The weather on the planet Jupiter, what is it like?

Here are some very interesting things to know about the weather on the largest planet in the Solar System.

Jupiter’s relatively dry and extremely dense atmosphere is composed mostly of gaseous and liquid matter. The depth of its atmosphere is probably a few hundred miles. Closer to the surface, the gases are denser, and likely become a compound of slurry. Lying well below the surface, Jupiter’s rocky central core is very hot (about 36,000 degrees Fahrenheit) due to gravitational compression. 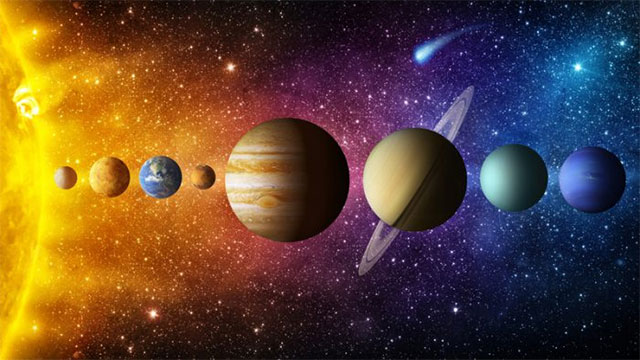 With an average temperature of just -234°F (-145°C), Jupiter is extremely frigid even during its warmest day. Jupiter's temperatures vary in the layers of its atmosphere, depending on the height above the surface since heat is mostly driven by the inside of the planet rather than by the sun’s insolation. This is because the average distance between planet Jupiter to the sun is 448 million miles (or 778 million kilometers), heat from the sun is weak, though it also contributes. What else to know about the weather on the planet Jupiter?

Jupiter’s surface experiences violent weather with massive storms, winds, lightning, and thunder. Wind speeds of 360 km/h (100m/s) are not rare in violent storms on the planet. But the wind storms there can even reach as high as 620 km/h (385 miles per hour). Surprisingly, these storms can form so quickly (within hours) and then reach sizes of thousands of km in diameter overnight. 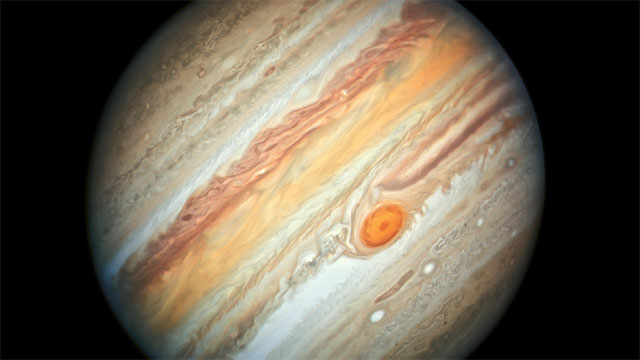 The Great Red Spot on the planet Jupiter

This stormy planet is best known for its giant “Red Spot” or the Great Red Spot. It seems to be a big mistake if we don’t mention this giant spot here when it comes to the weather on the planet Jupiter. It’s an oval-shaped, counter-clockwise moving storm. The size of this giant Red Spot is three times larger than Earth. The spot is truly a giant! More surprisingly, the Great Red Spot has been raging for more than 300 years, since at least the late 17th century when an Italian astronomer named Giovanni Cassini made the very first recorded observation of the spot.

Recently, we have explored some interesting facts about planet Jupiter and its weather. It is the fifth and the largest planet in the Solar System but has the fastest rotation speed. That makes a single day or a Jovian day is so short. Speaking of the weather there, it’s a frigid, stormy planet, experiencing massive storms, in which the Great Red Spot is the best known violent storm. Well, it’s not the best weather places, right? And that’s all for today’s article “Interesting facts to know about weather on the planet Jupiter.” Hope you enjoyed it and found all the facts and information listed above interesting.