Where is the driest place in the world?

What’s on your mind first when it comes to the driest place on Earth? It must be somewhere that’s so hot all year round with boiling weather like in the Sahara Desert, right? Is that it? Check out this article “Where is the driest place in the world?” now the answer. Well, there will be a little surprise for you when the answer gets revealed. Let’s see what it is! 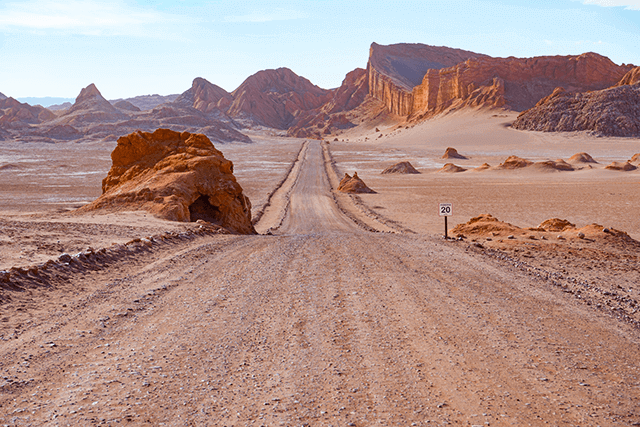 What’s on your mind first when it comes to the driest place on Earth?

Many places worldwide have a lot of rainfall during the year, while some get less than 0.76 millimeters yearly or even no rainfall at all. Right now, we will explore the top 10 driest areas on Earth (measured by rainfall), starting with No.10 to No.1. Keep scrolling and read till the end of this article, then you will know where the driest place in the world is. Here we go!

Located in the north of Arica, Algeria is already known as a hot, dry country. So, it’s no surprise if there’s one place in this country included in this list. This is a little town in south-central Algeria named Aoulef.

It’s blazing hot in Aoutlef since this place has a hot desert climate, with long, super hot summers, and short, very warm winters. Do you know that Aoulef is among the places having the hottest weather in the world?

The daytime temperatures can approach 122 degrees Fahrenheit (50 degrees Celsius). About its rainfall, well, the average annual rainfall in Aoulef is extremely low, with just 0.48 inches (12.19 millimeters). The sky is almost always clear throughout the whole year, while cloudy days are really rare. 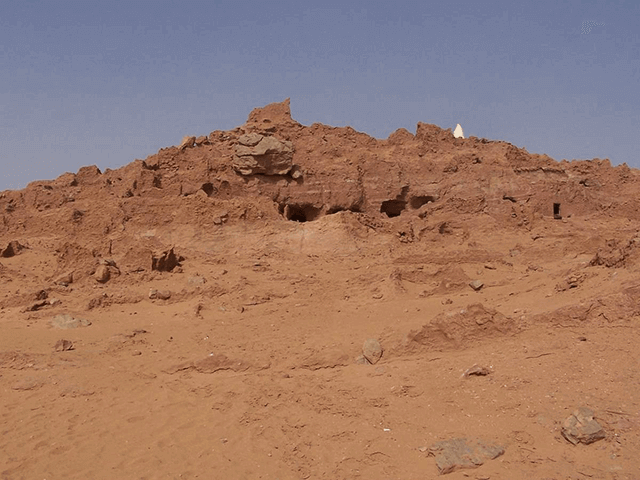 The next spot that’s also known as one of the driest places in the world is Pelican Point of Namibia - the sand-dune-filled African country. Though Pelican Point is a very well-known surfing destination, it receives very little rainfall annually.

On average, the rainfall received in Pelican Point is 0.32 inches (8.13 mm) per year. However, its dry nature is never a reason for tourists, especially the wave surfers, not coming here and enjoying surfing. That’s why tourism is always on a rise in Pelican Point, despite its dryness. 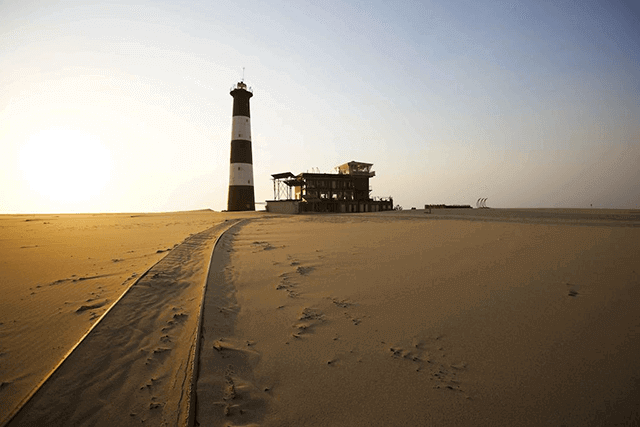 Having average rainfall of just 0.2 inches (5.08 millimeters) per year, the Iquique of Chile is also very well-known for its dryness. It’s no.8 driest place in the world on this list.

Iquique is a port city that’s situated near the legendary Atacama Desert, Chile. It has a rare mild desert climate with low extremes of temperatures during the whole year and almost no rainfall.

The short rains in Iquique, if they do fall, happen only between January and February. Despite that fact, this place doesn’t look dry at all thanks to the presence of many beaches.

In fact, Iquique does boast numerous beaches for escaping the dry air. It also has a wide variety of great beach resorts that are counted among premier beach resorts in Chile. 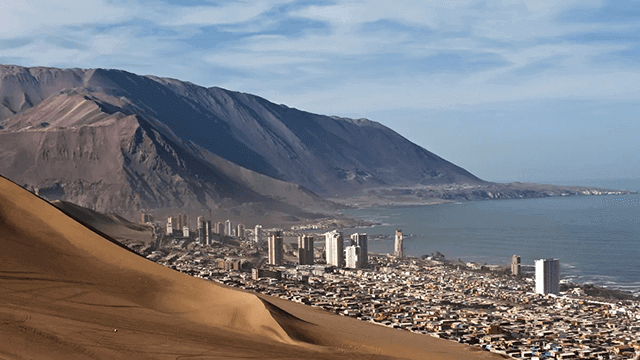 You may wonder why the Sahara Desert is not included in this list, right? If that’s the case, then you don’t need to question anymore because the city of Wadi Halfa situated near the Nubian Desert - the Sahara Desert’s eastern region, is also listed here.

Though it’s not the no.1 driest place in the world, Wadi Halfa is famous for its excessively dry weather. With an annual rainfall of just 0.096 inches (2.45 millimeters), this is absolutely one of the world’s driest parts, and of course, not many people like its climatic conditions. But, Wadi Halfa still boasts a population of approximately 15,000 people. What a surprise!

This city has a hot desert climate typical of the Nubian Desert. It’s also the sunniest place in the world with 4,300 hours of sunlight each year or about 98% of sunlight beaming down on land annually. Also, clouds are extremely rare in Wadi Halfa. 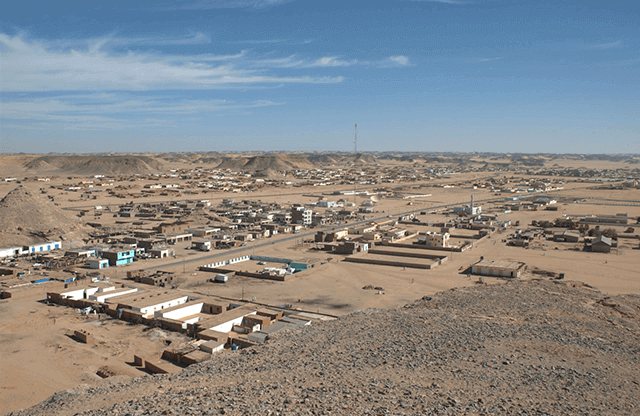 Located just on the border of the Atacama Desert, Ica receives only 0.09 inches (2.29 millimeters) of rainfall each year, on average. This southern city of Peru never gets cold weather throughout the whole year.

But surprisingly, this place used to be the habitat of ancient penguins 30 million years ago. In 2007, the fossil evidence of a 4.5 feet tall ancient penguin was found in this area. That means this place was not dry and hot as today. 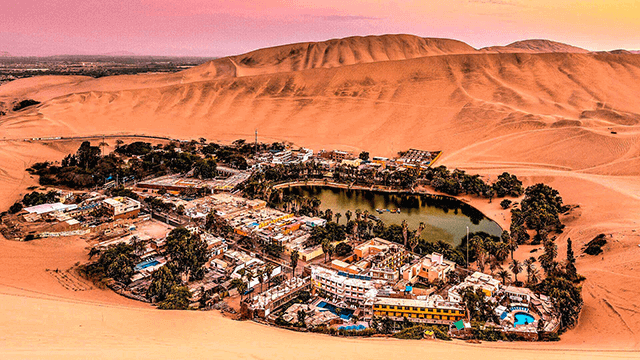 Located just in the border of the Atacama Desert, Ica receives only 0.09 inches (2.29 millimeters) of rainfall per year

Luxor is a city in southern Egypt. It’s located on the Nile River’s east bank. Well, this place is counted as one of the driest, hottest, and sunniest cities worldwide. It sees an average rainfall of just 0.034 inches (0.862 millimeters) per annum, making it the no.5 driest place in the world on this list.

Summers are always long, prolonged, and extremely hot with the average high temperatures are up to above 104 degrees Fahrenheit (40 degrees Celsius). And winters here are so short and extremely warm.

On average, the sun shines about 4,000 hours each year in this city. And the combination of extremely low rainfall and very long sunshine duration makes Luxor one of the driest parts on Earth. However, the air is mostly dry in Luxor but more humid than in Aswan, another Egyptian city that’s mentioned right below here.

Aside from its dry weather, Luxor is very well-known for boasting many ancient artifacts. It’s referred to as the greatest open-air museum in the world. 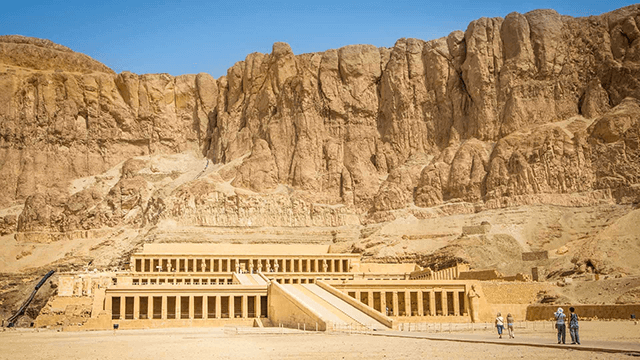 Though it’s not the no.1 driest place in the world, Luxor is famous for its extremely dry weather

Another place in Egypt that gets extremely low rainfall all year round is Aswan. This city is located in the south of Egypt, having a hot desert climate with blazingly hot summer days.

Similar to Luxor, Aswan is also one of the hottest, sunniest, and, of course, driest places not only in Egypt but also in the world. While summers are long and super hot, winters are short and extremely warm.

Averagely, Aswan receives 0.0388 inches (0.861 millimeters) of annual precipitation. As mentioned above, Aswan is even drier and less humid than Luxor. Aswan has an average relative humidity of just 26% and a minimum mean of only 16% during summer, while these numbers in Luxor are 39.9% and 27%, respectively. 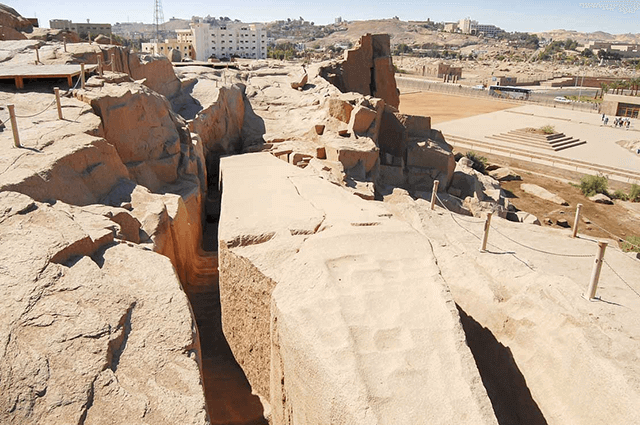 Similar to Luxor, Aswan is also one of the places having the hottest weather in the world

Located in the southeastern part of Libya, right in the middle of the Sahara Desert,  Al-Kufrah is known as Africa’s driest spot. With the average rainfall per year here is just 0.0338 inches (0.860 millimeters), Al-Kufrah is the no.3 driest place in the world on this list.

Al-Kufrah has a very small number of oases nearby where underground springs feed people and animals. Well, the main crops grown in this area are peaches, dates fruit, and apricots. Nearby, the desert is covered by sand dunes up to 980 feet (or 300 meters) in height. 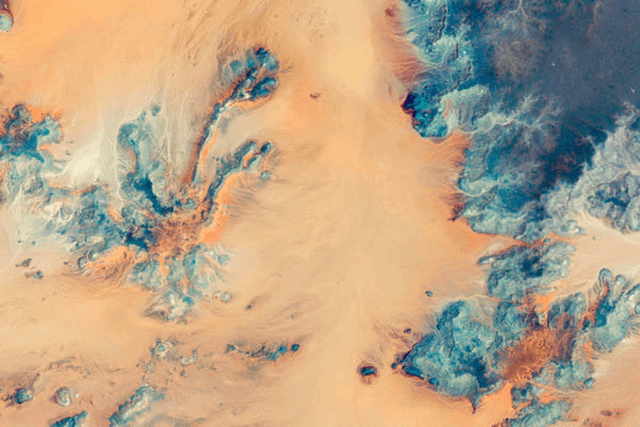 Located in the middle of the Sahara Desert, Al-Kufrah is known as Africa’s driest spot

Have you ever wondered “What is the weather like in the desert?”. If so, let’s see how extreme the weather in the world’s driest desert is!

Seeing just 4 inches of rainfall every thousand years, the Atacama Desert is definitely one of the driest places on Earth.

Located in South America, this is a highland with incomparable dryness to most places on the planet. Records show that no substantial amount of precipitation has ever been received in this area since the 16th century while some spots have not experienced rainfall at all.

The area is so parched that the hills and mountains are entirely glacier-free. But what makes this area so dry? This is because the cold water that is hauled from Antarctica from Humboldt currents prevents the formation of rainfall-carrying clouds.

An interesting fact about this desert is that every 5 to 10 years, the occurrence of a historic rainfall gives rise to brightly colored flowers and vegetation sprawling across the desert. Though this amazingly beautiful display of colors just lasts about a week, it’s truly like a gift of Mother Nature.

But with that very little precipitation, why is the Atacama Desert not the driest place in the world? 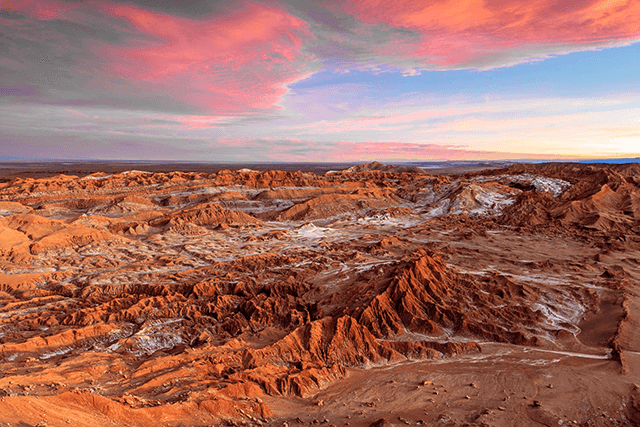 See also: What is the weather like in the desert?

Dry Valleys, Antarctica - The driest place in the world

It’s hard to believe that there is a drier place than the Atacama Desert that receives just 4 inches of rainfall every thousand years. But this is the truth. Dry Valleys in Antarctica are believed to not have seen water and rainfall for, maybe, millions of years. Notably, the Friis Hills in Taylor Valley, a part of McMurdo Dry Valleys haven’t received any water in 14 million years. How amazing it is!

Dry Valleys or the McMurdo Dry Valleys are a row of widely snow-free valleys that are situated within Victoria Land west of McMurdo Sound. No rainfall is ever seen at this place. In other words, the rainfall here is 0 inches throughout the year. Dry Valleys have almost no humidity available and totally lack ice or snow cover.

In this area, the presence of high mountains does block seaward flowing ice deriving from the East Antarctic ice sheet from reaching the valleys.

One of the main causes for unique weather conditions in the Dry Valleys is katabatic winds. The winds can reach up to speeds of 200 miles per hour (320 kph), heating as they descend, and then evaporating all the water, ice, and snow as well. 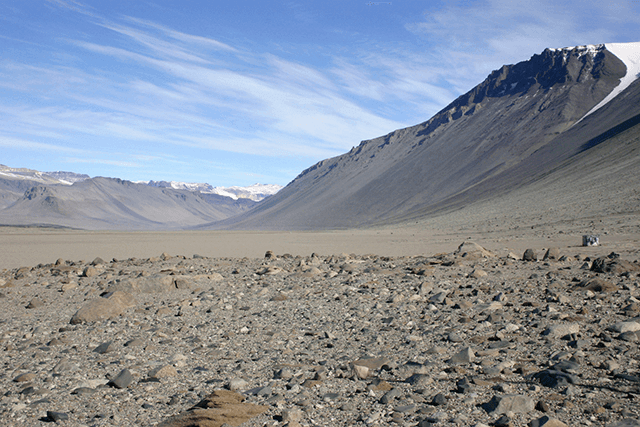 No rainfall is ever seen at Dry Valleys, Antarctica

Now, we all knew that McMurdo Dry Valleys in Antarctica is the driest spot on the planet, right? Was it a big surprise to you? And together with McMurdo Dry Valleys, we also explored the other 9 driest places on Earth that are all hot and just receive very little rainfall throughout the year. Well, that’s all for today’s article “Where is the driest place in the world?”. We hope that this post did provide you with interesting information and facts.