Nov 13 2022 - Views: 466
Share
Rate: 4.9 - 53Votes
Table of contents
Have you ever been curious about how the weather’s like in the desert? Is it just very, very dry and extremely hot in all deserts all around the globe? Well, it’s not really like that! If you want to know the answer to the question of “What is the weather like in the desert?”, don’t miss out on today’s article!

Thinking about the desert, the first thing that comes to our mind must be the scorching hot weather with endless sand dunes, right? But in fact, not only that, but there are also a lot of other interesting facts related to desert weather that you might not know. Do you know that there are different types of deserts and each one of them has specialized weather characteristics? Keep reading on to know “What is the weather like in the desert?” right below here. Let’s see what they are now! 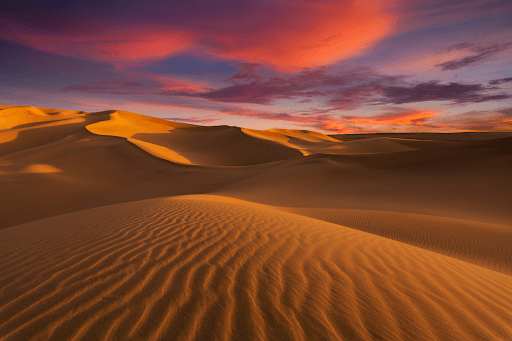 Each of them, of course, has different weather patterns featuring different characteristics related to the temperature, the seasons, the precipitation, and a lot more. Here are the details about the weather in different types of desserts for you to see. 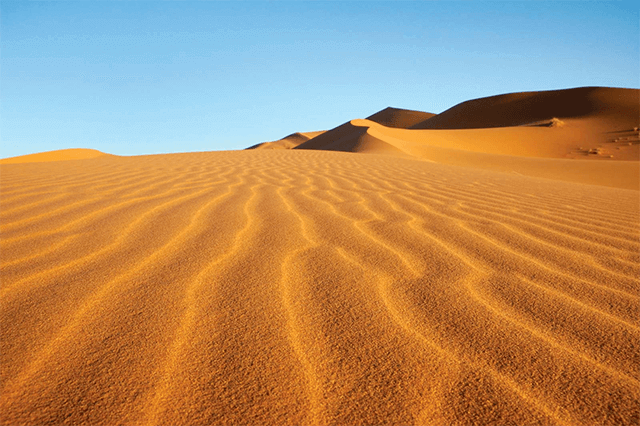 What is the weather like in the desert of Sahara?

For example, while the rainfall amount in the Sahara Desert is as little as 1.5 cm (or 0.6 inches) per year, the American deserts receive as much as 28 cm (or 11 inches) of rain per year. But the Sahara Desert is not the driest desert in the world. It’s the Atacama Desert in Chile - the driest place on the planet where the annual rainfall is less than 0.5 inches.

In addition to the Sahara Desert and the Atacama Desert, the Mojave Desert and the Australian Desert are the other examples of hot-and-dry deserts. Well, sand is almost everything you can find there. Besides, low shrubs and short trees can be also found in these areas.

Do you want to know more about “what is the weather like in the desert type of semiarid”? Here are the details! 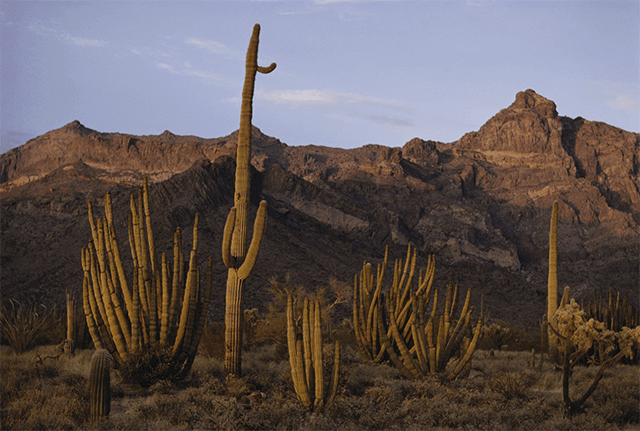 During the night, the temperatures in semiarid deserts can drop to about 10 degrees Celsius (or 50 degrees Fahrenheit). As you can see, the day-to-night temperature fluctuations in this type of weather desert are not as wide as in the hot-and-dry desert.

About the precipitation in semiarid deserts, on average, they receive between 2cm and 4cm (or 0.8 inches and 1.6 inches) of rainfall per year. Also, some deserts might receive more annual water from the condensation of dew created during the evening than from rainfall.

Due to the less harsh weather condition, semiarid deserts have more biodiversity than hot-and-dry deserts. The composition of soil there is more varied, including fine-textured sand, gravel, loose rock fragments, and more. The presence of plants in this type of desert is also various with cactus, bur sage, catclaw, jujube, creosote bush, etc.

Semiarid deserts can be found in Russia, northern Asia, Montana, Newfoundland, and other areas.

The next type of desert here is the coastal desert. As compared to the two types of deserts mentioned above, the weather condition in coastal deserts is much less harsh with lower day temperature and higher annual rainfall. 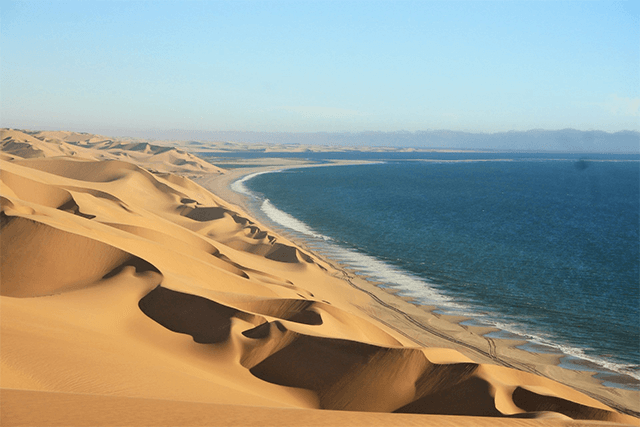 Thanks to the better weather conditions, there’s big biodiversity in coastal deserts, for both plants and animals.

Coastal deserts are usually found in regions with generally cool to moderately warm weather. The Namib Desert in southern Africa is an example of a coastal desert.

Cold deserts: What is the weather like in the desert?

Cold deserts are also known as polar deserts. Unlike any other former types of deserts mentioned above, the polar desert is a lot more humid, especially in the winter. 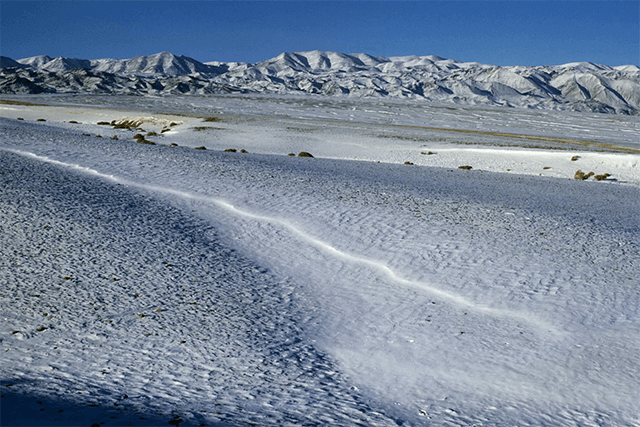 In spite of higher precipitation, it doesn't mean that cold desert areas are greener than other deserts. In contrast, plants are rare in this desert type with just a few species like spiny deciduous plants, some mosses, and fungi.

Recently, we learned about weather characteristics in 4 main different types of desert existing on the planet. Now, you had the answer to the question of “What is the weather like in the desert”, right? It’s not only just about scorching temperatures and endless sand dunes, isn’t it? As you can see, there are a lot of interesting things and diversified features when it comes to desert weather. And that’s all for today’s article. In the end, we hope that all the information introduced in this article here is helpful and interesting to you.