A long-dormant  Icelandic volcano erupted overnight after months of earthquake, which leads to red-hot rivers of lava.

The eruption took place at 8:45 pm local time Friday, near Mount Fagradalsfjall, about  20 miles outside the capital of Reykjavík. This is where most of the country's inhabitants live - in 781 years. And this is the first time this particular volcano has turned off in about 6,000 years. 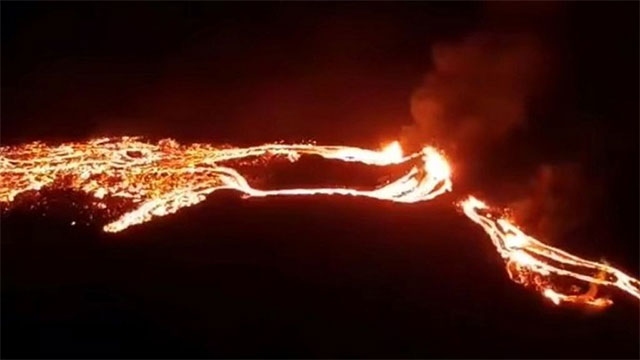 It created a fissure about 1,640 feet long and spewed more than 10 million square feet of lava.

Though, it is considered to be small and poses no threat to property or large population centers, according to a government press release.

A few roads in the region of the eruption have been closed and residents are advised to stay away from the affected area and other places near the fissure where there could be emissions of toxic gases such as carbon dioxide and sulfur dioxide.

But the meteorological office said on Saturday, “Currently, gas pollution is not expected to cause much discomfort for people except close up to the source of the eruption.”

The lava flow is known as a fissure eruption, according to the news release. Such eruptions usually cause neither massive explosions nor significant ash production. 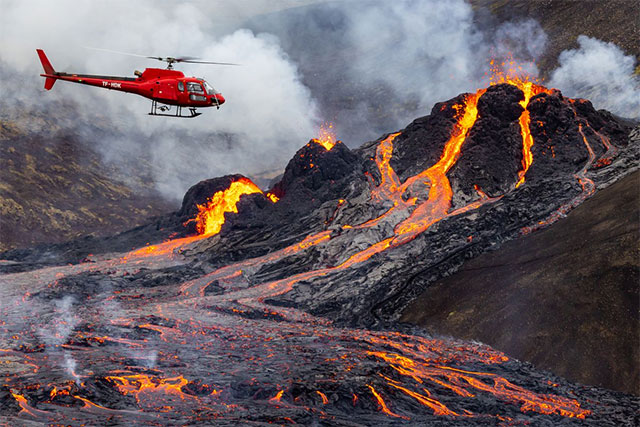 The eruption is part of an ongoing geological event first noted in January 2020 and follows. The U.S. Geological Survey said that the general area of the volcano has recorded more than three dozen earthquakes of 3.9 magnitude.

Iceland sits right atop the Mid-Atlantic Ridge, a flooded mountain range that runs from the Arctic Ocean across the southern tip of Africa. The mountain range is the boundary between the North American and Eurasian tectonic plates.

According to the USGS, the plates are moving apart at a rate of almost an inch per year. Over millions of years, spreading created the Atlantic. Mountains jut out on the ocean's surface in Iceland and are slowly dividing the country into two pieces.

A massive iceberg bigger than New York city broke off the Burnt Ice Shelf, according to a statement from the British Antarctic Survey (BAS).