Apr 06 2021 - Views: 151
Share
Rate: 4.5 - 50Votes
Table of contents
According to a new study by scientists from Princeton University, it is said that if global warming is not controlled, parts of the world near the equator can turn too hot and humid for human survival. 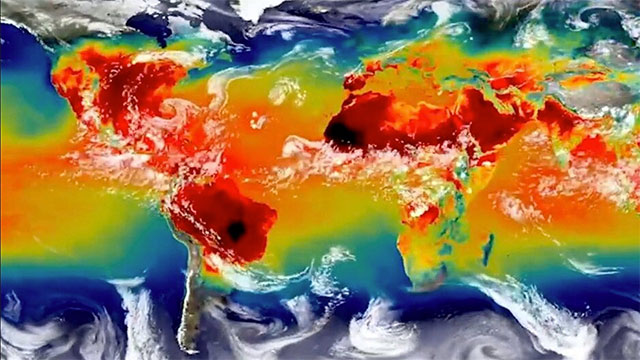 If humans are exposed to a wet-bulb temperature exceeding 95 degrees for more than a few hours, it can be considered unsurvivable.

Yi Zhang, a Princeton University researcher who led the research, told the Guardian that If it was too humid, our bodies could not cool off by evaporating sweat – that was why humidity was important when they considered livability in a hot place. Also, the high body core temperatures are dangerous or even cause death.

Zhang and her fellow researchers say those bad circumstances could happen in the tropics if we do not control the global warming issue.

Moreover, through past data and simulations, they wanted to predict how global warming might affect wet-bulb temperatures in regions including the Amazon rainforest and parts of Africa, India, and Southeast Asia.

As a result, it is concluded that the wet-bulb temperatures will be upward unless global warming is limited to 2.7 degrees Fahrenheit above pre-industrial levels, the desired goal of the Paris Climate Agreement.

If this limit is broken, infrastructure like cool-air shelters are absolutely necessary for human survival, Mojtaba Sadegh, an expert in climate risks at Boise State University who was not involved in the research, told the Guardian. However, this will be also a big challenge because much of the impacted area consists of low-income countries.

Since 1880, average global temperatures have already increased by 2 degrees, according to NASA's Earth Observatory, and then became warmer since 1975.

The Princeton study is the latest to warn of unsurvivable temperatures. Separate research shown last year proved the extreme and potentially deadly combinations of heat and humidity that were believed not to blast the U.S. and other countries for decades were already happening and becoming more frequent.

That study found the frequency of wet-bulb readings worldwide that translate to heat indexes approaching or exceeding 115 degrees have doubled since 1979. It also found more than 1,000 instances of even higher heat indexes.