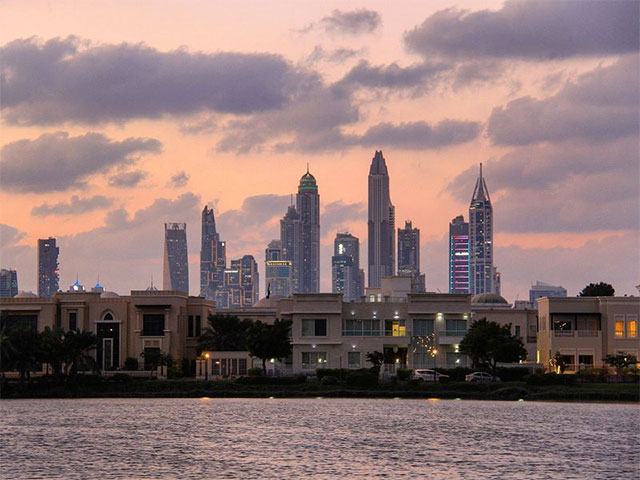 On Sunday, residents in UAE experienced a pleasant morning with an average temperature of 22 degrees Celcius. According to the National Center of Meteorology ( the NCM), Monday 3/8/2020, the skies will be sunny to partly cloudy across the country.

However, the NCM also added that there is an upward trend in the temperature across the country on Monday.

In detail, March 8th, 2021 will be a day having the maximum temperatures in the country around from 24 to 28°C in coastal areas like Dubai and Sharjah. In the internal areas, the temperature will be higher and between 25-30°C while in the mountains, it will be at 19 to 22°C.

On a post on Instagram of the officialuaeweather, the highest temperature was recorded over the country on Sunday, was 32.1°C in Kalba, Sharjah at 3:45 pm UAE local time.

On a post on Instagram of the officialuaeweather, the highest temperature was recorded over the country on Sunday, was 32.1°C in Kalba, Sharjah at 3:45 pm UAE local time

According to the weather forecast of the NCM said that humidity will raise up by night and Tuesday morning. As a consequence, fog or mist are able to form over some Northern coastal and internal areas. Relative Humidity is expected to reach 90 percent in the internal areas today, and 85 percent in coastal regions.

Besides, in a social media weather update, a warning of the NCM was sent with the content of "Continuity of the fresh Northwesterly - Westerly winds, with a speed reaching 40 km/h, and rough sea with wave height reaching 4 – 6 ft, until 10:00 am today." 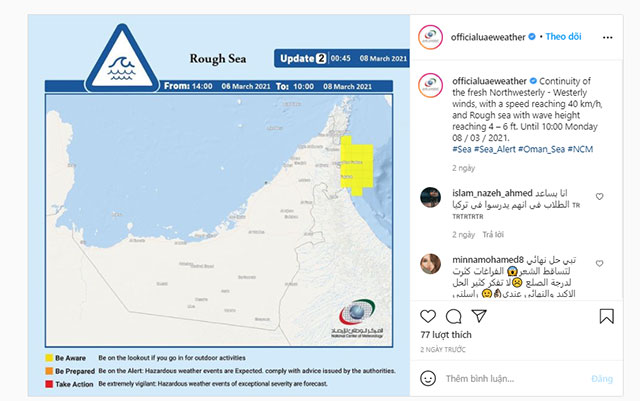 Besides, in a social media weather update, a warning of the NCM was sent with the content of the fresh Northwesterly - Westerly winds

Finally, the sea is going to be moderate in the Arabian Gulf and moderate to slight in the Oman Sea, later in the day, the NCM said.

Because it is going to come closer to the summer, the season transition could be a good condition for some illness. Therefore,  there are some summer allergy tips as well as Skin diseases in summer season people need to take notice of to prevent them.

Forecast weather: Elements of weather and instruments measuring them