Columns of Light Dazzle in the Northern US Sky

Strange light pillars have been spotted dancing up in the northern United States sky, mesmerizing viewers.

This is not an extraterrestrial activity, but rather an optical phenomenon that occurs when temperatures are below freezing and the air must be calm. 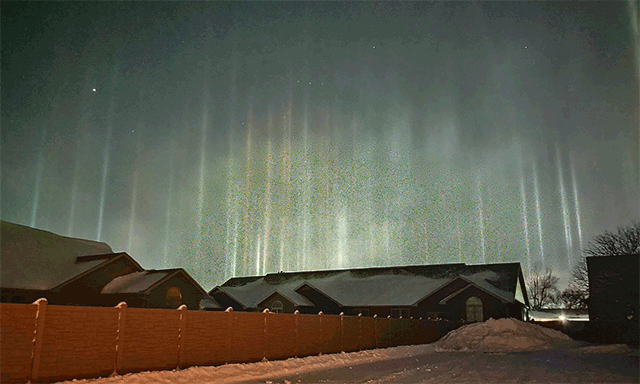 Light pillars on the sky

Brave the weather this week and make sure to bundle up to enjoy these spectacular colored beams of light.

How do light columns form?

In colder climates, ice particles close to the ground are light enough to be suspended in the air. If weather conditions are wind-free and stable, hexagonal ice particles can stack vertically as they slowly pass through the atmosphere. Ice surfaces reflect a light source like a giant mirror in the sky.

These columns of light formed in the northern Michigan sky last week.

There is no specific temperature for light pillar formation, but the mercury in the thermometer at ground level is typically below 10 degrees Fahrenheit.

As these temperatures are more common in the far north, there may have fewer frequent reports due to the remoteness of their occurrence. 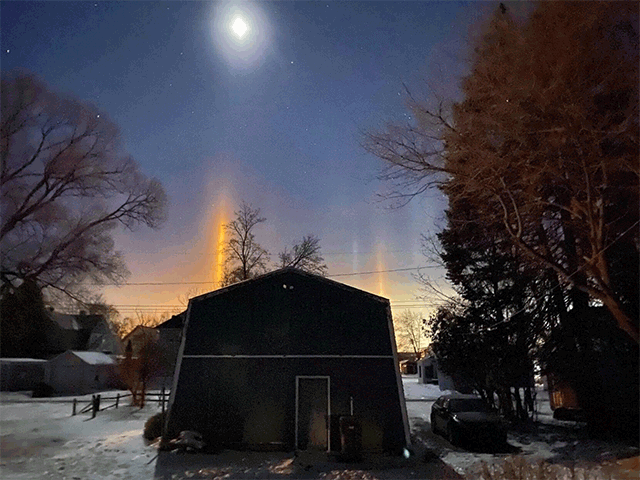 Columns of Light Dazzle in the Northern US Sky

As an arctic air mass pushes further south this week, many people may have a chance to witness this mysterious phenomenon. High temperatures will be hard to reach above zero this week in northern Minnesota, North Dakota and Montana. The polar vortices are to blame. This feature, often concentrated in the Arctic, has recently weakened, helping to move very cold air into the United States.

"An arctic air mass will dominate the northern and central portions of the country into this weekend under the influence of a slow-moving polar vortex centered over the Canadian prairies," the National Weather Service's Weather Prediction Center (WPC) says.

Don’t know what to wear in snow? Here are great ideas on snow weather outfits that not only keep you warm but also make you stylish.

This week, Texas experienced the historic cold snap with brutal winter and brought snow all the way to beaches along the Gulf of Mexico.